I've published my Stargazer crochet blanket pattern :-)
If you follow me on Instagram or my FB page you will have been able to watch its progress from the very first few motifs in November to the finished blanket last week. 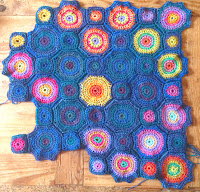 Stargazer is the follow on sister blanket to Zodiac, I started designing Zodiac about 18 months ago 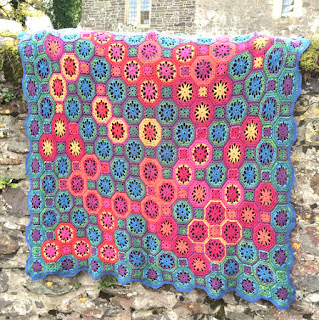 Zodiac was designed for the 2015 NDS crochet blanket club.
The design took nearly 6 months to work out, as not only did I have to get the stars in roughly the right layout and position I also was restricted to exact quantities of yarn.
The club blanket the previous year (2014) was Kaleidoscope, I allowed myself full artist license and used whatever colour I felt like in whatever quantity, but it became a major headache dyeing and re-winding the yarn.
Poor Phil spent weeks rewinding 20 or 30 or 50 gm skeins for Kaleidoscope, so to save him another winding nightmare it was essential I designed Zodiac so it used full 100 gm skeins of colours in the NDS range.
As you can imagine the Zodiac maths was a nightmare.
Although I'm really happy with the finished Zodiac as I made it I became more and more frustrated that I couldn't tweak the colours and design  as I crocheted.
So I promised myself that when I had finished the book and Zodiac club I would allow myself to remake the blanket allowing myself the freedom to do what I wanted.

The result is Stargazer 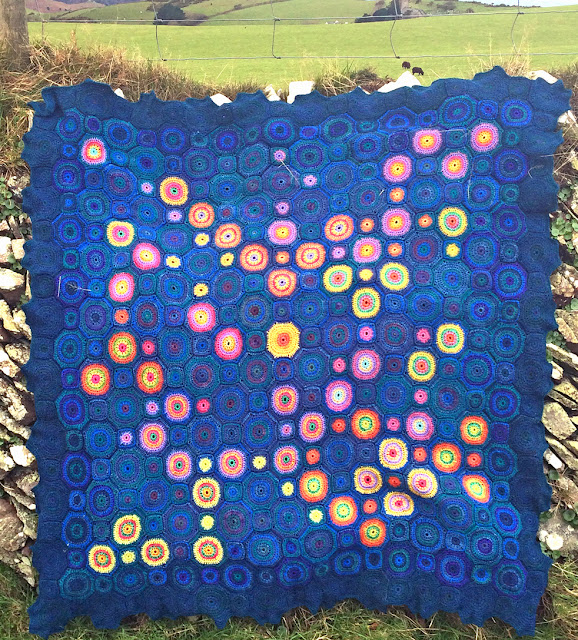 The star theme and constellation layout for both blankets is inspired by the fact that Exmoor is one of the first International Dark Sky Reserves.

I have recently realised that a lot of my blankets have inspired by stars, amongst others Twinkle, twinkle and Supernova. 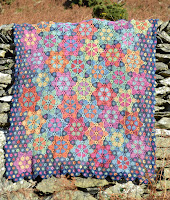 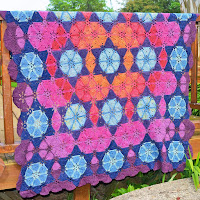 So I've decided to work on an Exmoor Stars book to be self published sometime this year or maybe next.
All the projects will be based on stars and the night sky that can be seen on the moor.
Stargazer is the first and I've already stared work on the second Sagittarius A.
Sagittarius A already has its own Instagram hash tag so if you want to follow its progress you can find it HERE

I'll leave you with a couple more Stargazer photo's.
If you want to buy it you can find Stargazer HERE on Ravelry, incidentally if you add the Zodiac to your basket you will receive it for free as a special introductory offer that lasts from now until the end of January. 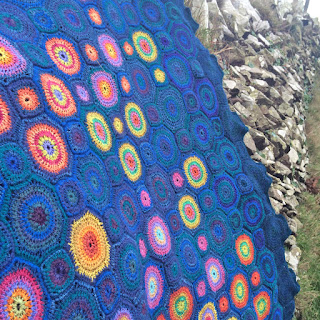 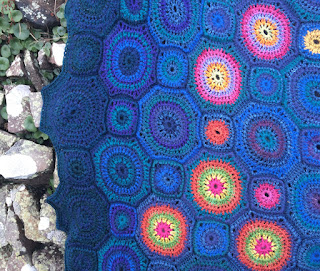