One of the first things on my "To do" list is to edit my entire back catalogue of patterns.
I need to edit out all the references to NDS and edit in new yarn recommendations, a lot of the patterns also need updating.
I have 69 individual patterns so its going to take a very long time.......

As I want to celebrate 2016 as much as possible I have decided to run a "Pattern of the week" promotion for the whole of 2016.
Each week one of my patterns will be reduced to £2 in my Ravelry store.
I'm planning on featuring the latest updated patterns one by one as I finish them.
If you have already bought one of my patterns via Ravelry you will be sent the new updated version automatically when its been published.
You don't have to do anything to get the discount except add the pattern to your shopping cart and press checkout :-)

This week's pattern is Lily, which is the blanket I designed in honour of my mother a couple of years after her death.
I edited the pattern just before Christmas, so Ravelry users should have already been sent the updated pattern.
Lily's £2 promotion will run until midnight on Monday the 12th of January 2016.
You can find Lily in my Ravelry store -  HERE 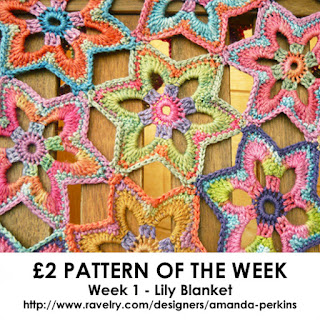 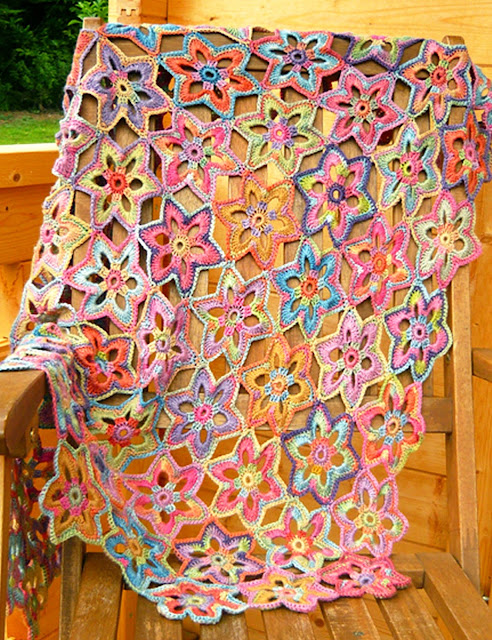