Good morning 2016, I'm so glad you are here, I've been waiting for you for so long and stupidly happy that the 2015 adventure is over at last....

2015 was a difficult roller-coaster year.
It started with our announcement that we were closing NDS.
We were so busy, Daisy and I spent 4 months struggling to keep up with demand for the last NDS skeins from retail and wholesale customers.
Both of us were emotionally and physically drained and didn't have the time to appreciate why and what we were doing.
The last dye bath and update were heartbreaking. I loved my business and had grown it from a a couple of skeins on ebay to 30 kg last update.
Although you can't see it in this photo I was crying so much I could hardly see what I was doing. 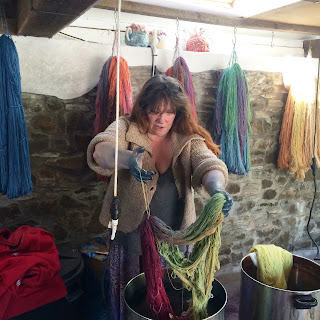 It had looked after me and my family in times of need and defined me as a person for so long it was difficult to imagine life without it.
I felt like I was discarding a precious friend and still haven't really had the time to comprehend what I have done.
And then it was all over, we'd cleaned the last dye stain, packed the last package, painted the floor, handed the keys back and walked away.

I started my new life as a designer with no idea what to do next, I knew I had to finish the book, but that was all.
I stumbled about doing anything that came my way, I felt naked without NDS behind me and thought no one would know who I was, so that I would need to start building my career from scratch.
My first major project was the Love Crochet Summer CAL, which was a massive learning curve, I really enjoyed the designing bit, and there seem to be lots of lovely Summer CAL blankets appearing, so even though there were a few Facebook hiccups it seems that most of the lovely CAL members enjoyed making the blanket.

Getting to Yarndale became a massive mountain I didn't think I could overcome.
Without NDS I struggled to find the funds to print patterns and buy the fuel to get there.
But The Knitting Goddess came to my rescue, she was my knight in shining armour and I am eternally grateful.
I still didn't have enough patterns and had sold out by lunchtime of the first day, so next time I will make sure I take enough for everyone.

And then 3 weeks ago I finished the book!
I woke up the next morning smiling, feeling proud I had actually finished and a little bit sad it was all over.
I've taken 2 whole weeks off work over Christmas and even though 2015 had one parting shot to throw at me in the shape of flu I'm ready to tackle the world!

Years ending in 6 have always been good to us.
In 1986 we got married, bought our first house, had our first baby.
In 1996 Phil had a massive promotion we moved back to the country, although I did develop epilepsy, but in hindsight it was no where near as bad as it could of been.
In 2006 NDS moved to its own premises and started to grow into a proper business, we also had the best holiday I can remember, we drove the Zoom through Europe over the Alps on a adventure, ending up on our 20th wedding anniversary sitting in a posh harbour side cafe in St Tropez eating Soupe de Poisson and drinking Cote de Provence. 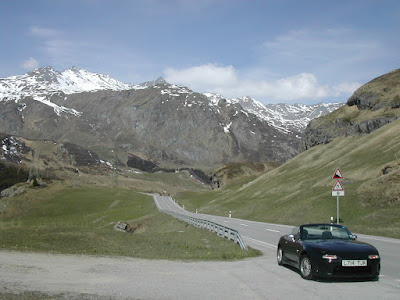 So 2016 is going to be a good year
I've already got lots of very exciting projects and collaborations in the pipeline.
In February I'll be exhibiting my blankets in a gallery setting at Unravel, which is one of my big ambitions.
Some time in the early spring Landscape magazine are running a feature about me and my blankets.
And the book will be launched at Yarndale in September.
I'm also planning on building a new website and selling some of my blankets, I'm not sure if they will sell as they will be expensive, but you never know..... :-)
We are also thinking about having a party to celebrate our 30th wedding anniversary, we didn't celebrate our 25th due to NDS and other commitments, so we are owed a celebration, 30 years is an achievement we are very proud of.