A few weeks ago I gave you some very small sneaky peak's of my 2 crochet club shawls.
The club ran from April to June 2013 and there were 2 variations, a 4 ply and a lace.

I really struggled with the design, but once I had allowed myself to use my trusty triangle it was easy.

I made the 4 ply version first and was limited to 3 colour's, 1 skein per month for the duration of the club. I really struggled with 3 colours, I kept wanting to add more, so I allowed myself to use as many colours as I wanted with the lace version.
Here are the final results, I'm afraid the photo's aren't very good, the 2 shawls need to go on a proper photo shoot.
Both of the patterns will be published in Madder Triangles, so I am afraid you will have to wait until then.
Icarus will be the only design in the book that doesn't contain orange triangles. 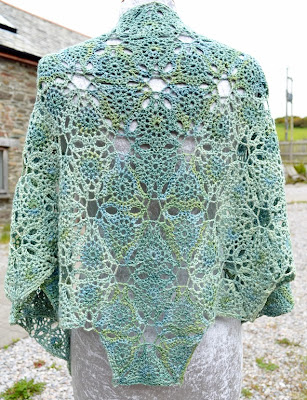 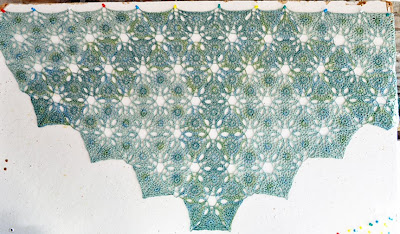 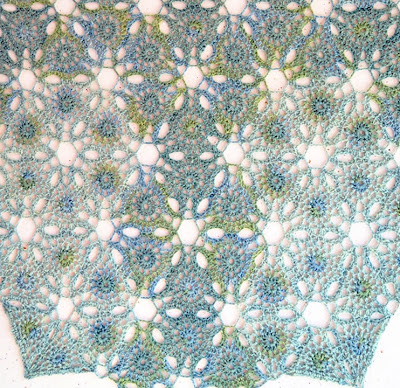 And Serefina - named after a character in the Golden Compass trilogy 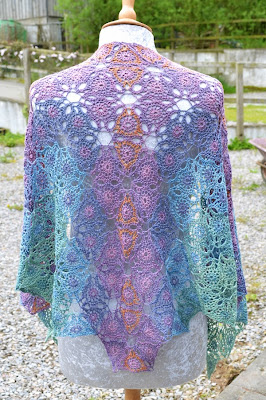 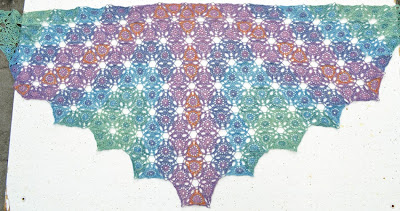 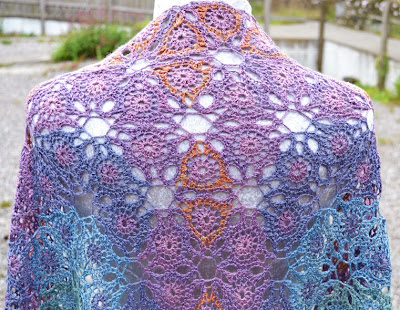 Incidently if any of my club members have finished their shawls I'd love to see some photos :-)