Our very first snow in Lynton

Occasionally it used to snow in Suffolk, not much, but a little bit.
Over the past week I've been following the weather forecast and its seems to be snowing a lot in Suffolk, but we didn't have any here.
While Suffolk was snowed in we had manky grey drizzle, but all that changed on Thursday night.

We woke up to snowy Lynton yesterday morning, we are very close to the sea and the roads were melting by about 10 am so Phil decided we would go to work.
He wouldn't accept that there would be more snow the higher you went and persuaded Dais and myself that it would be fine and we were being wimps, so off we all went.
The drive up the hill was very slow and tricky on the hair pin bend, there were several places where snow was drifting across the road, but even still he was determined to get through.
Eventually we got through, Alta Lyn is up a tiny lane, up a little hill and down a little hill.
Up was ok, down was ok, but turning the van round so we could go home wasn't.
The van got stuck on the very small hill, luckily there is a grit box outside the studio gate, so Phil had to do griting just to get the van out so we could go home again. 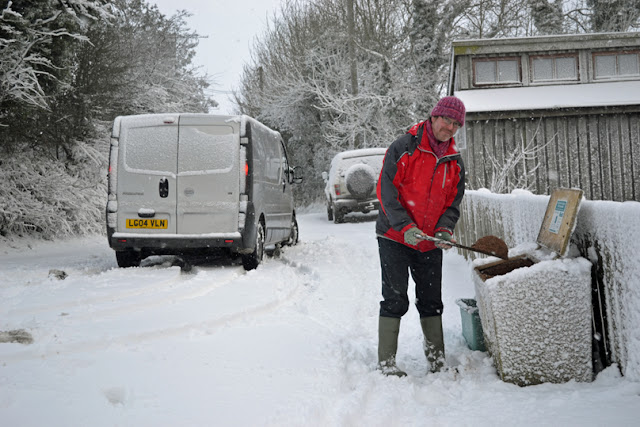 Here are some of the photo's just to prove we made it. 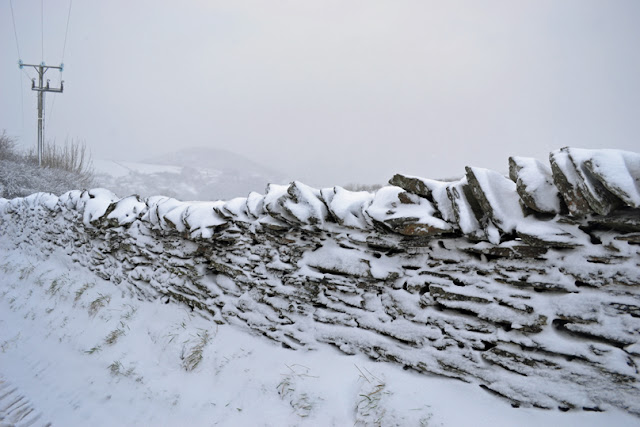 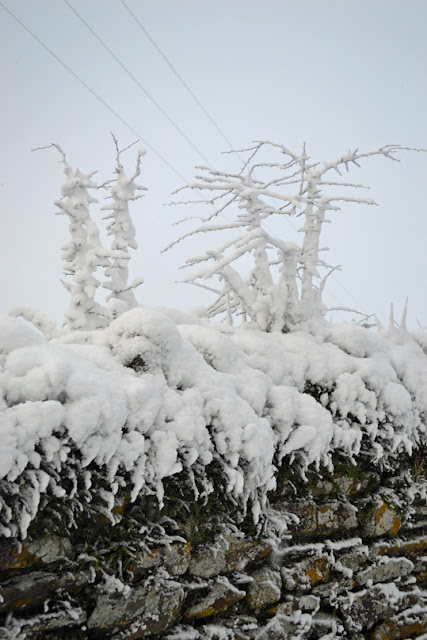 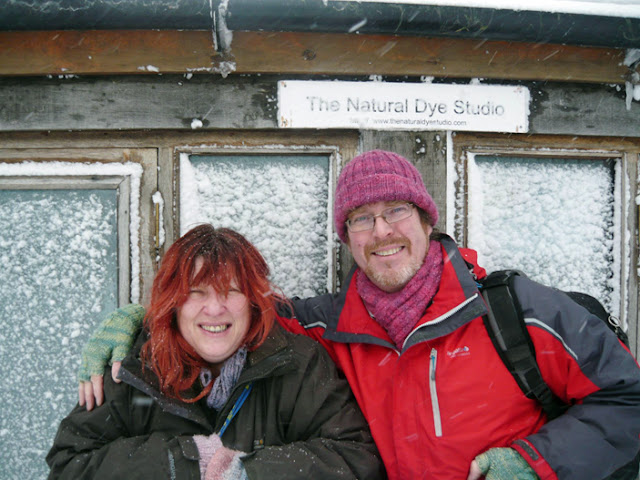 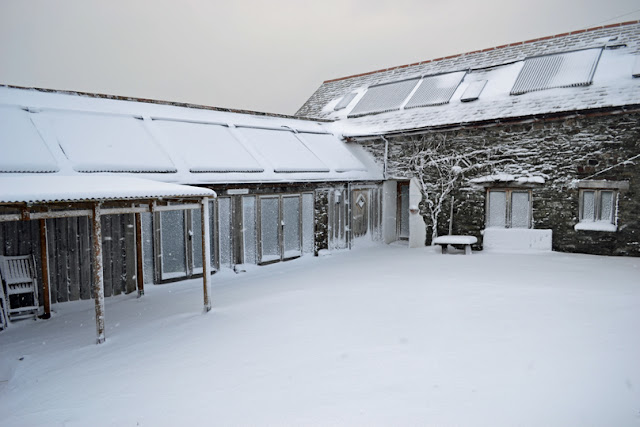 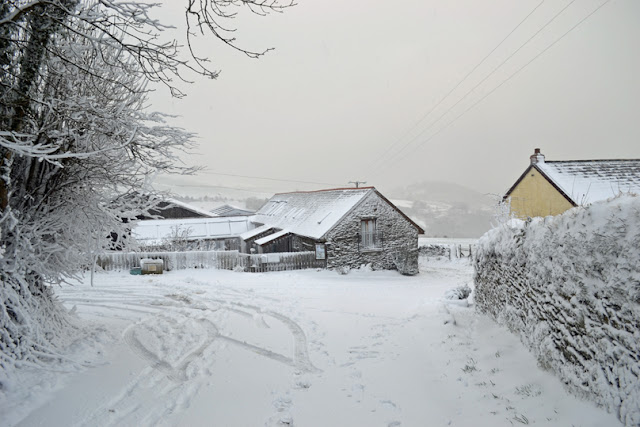 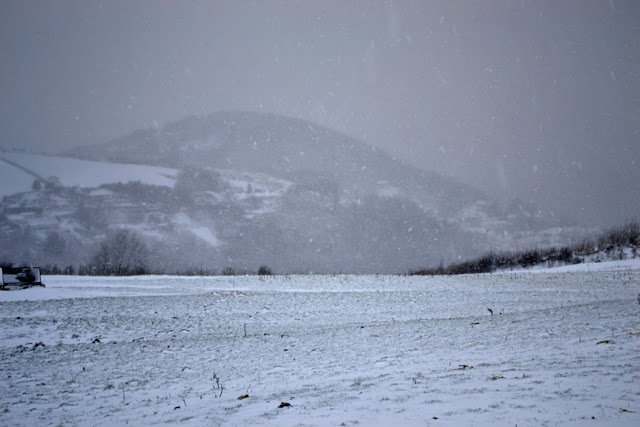 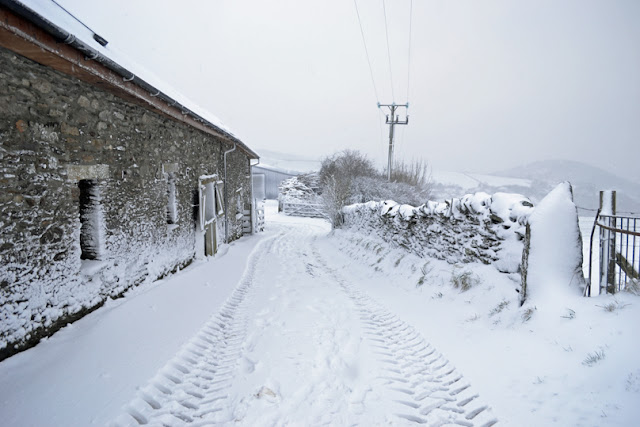 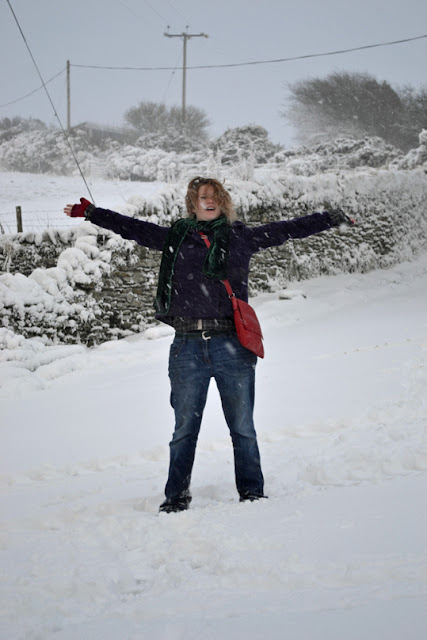 And Daisy being a standing up snow angel.

After a manic post packing session we made it down the hill very slowly with not too much trouble.
When we got home Phil took Loki out for a walk and took lots more photo's 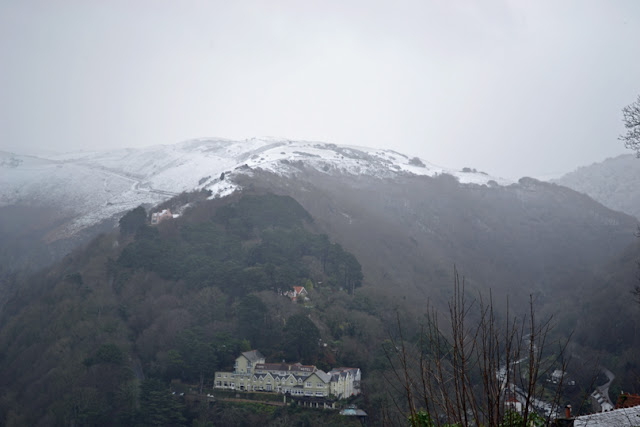 The Torrs hotel, Lynmouth from the North Walk 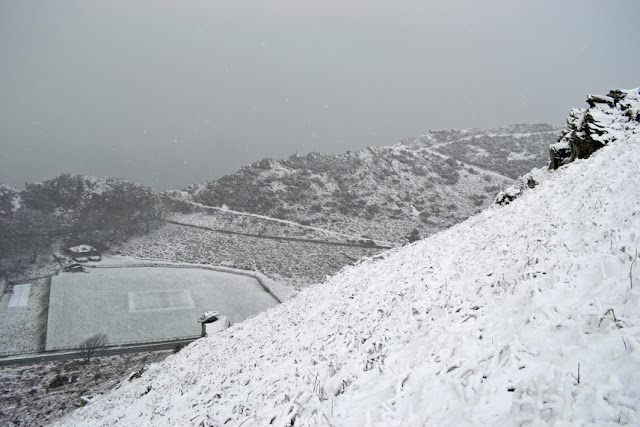 The Lynton cricket pitch in the Valley of Rocks 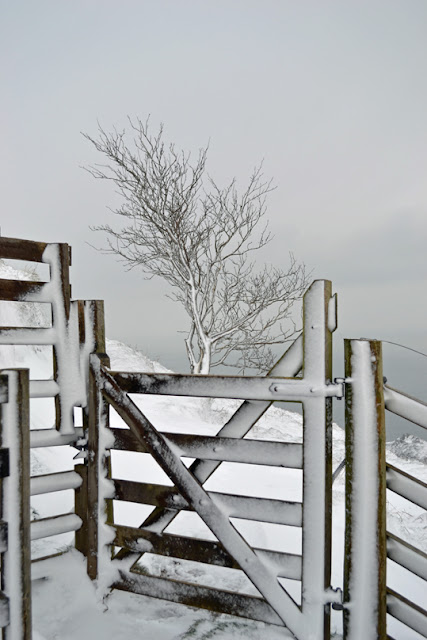 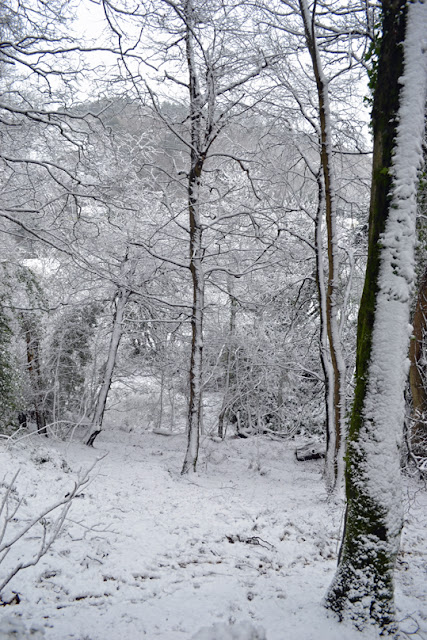 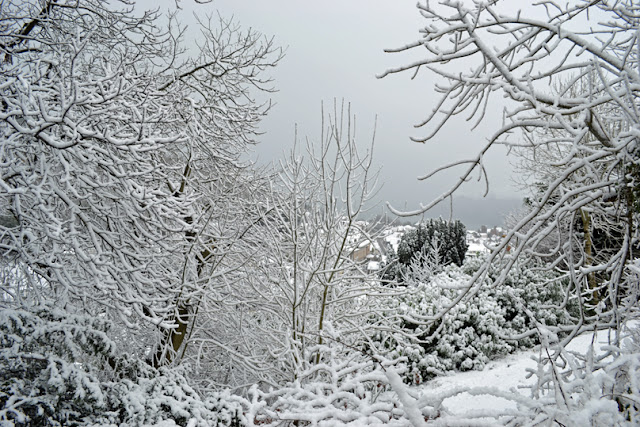 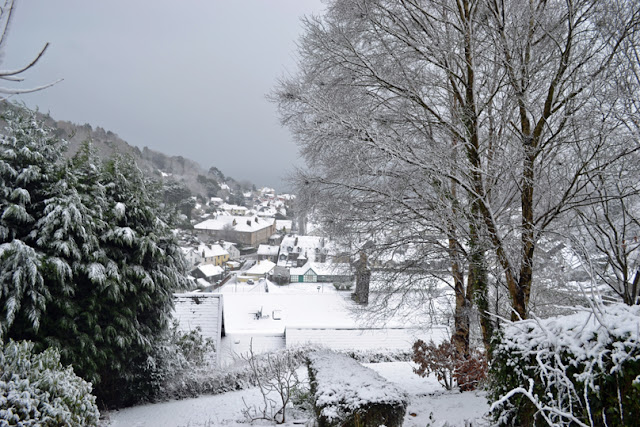 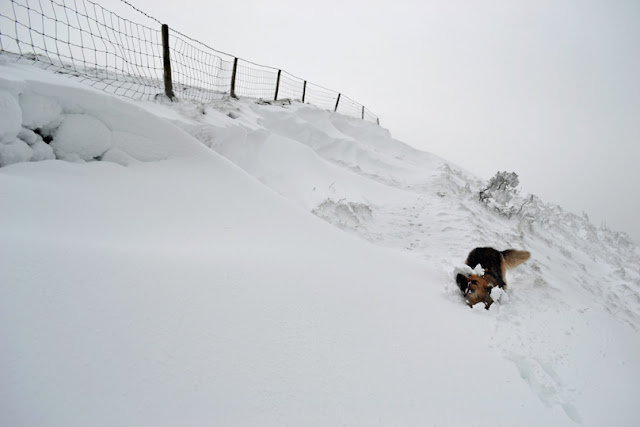 Loki loves to roll in snow 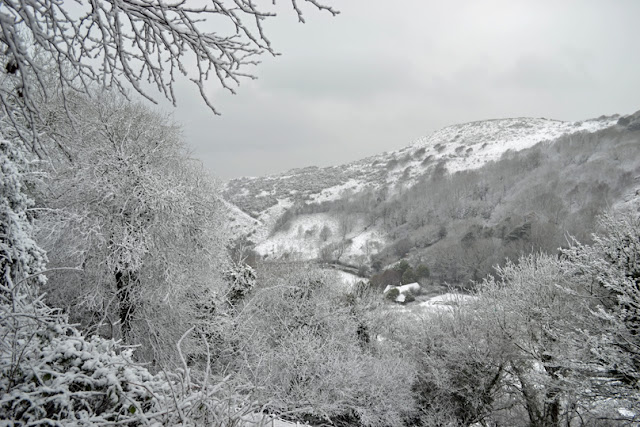 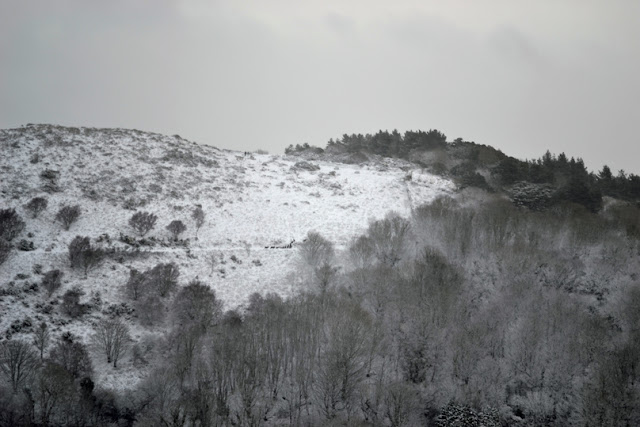 Hollerday Hill from South Cliff, if you look really careful you can see a row of wild goats walking along the path in the middle of the photo. 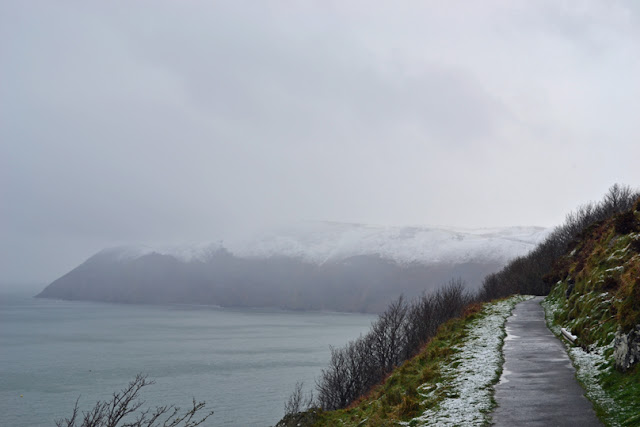 Countisbury Hill from the North Walk 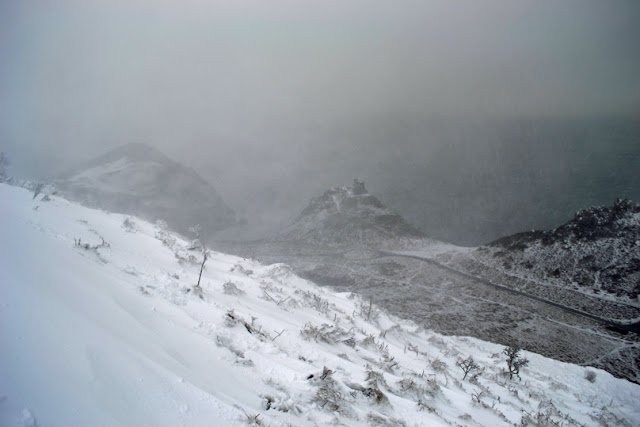 And finally the Valley of Rocks