Solstice - Story of a crochet blanket

The following is it's original description...
"Solstice is named in honour of the summer solstice celebrated at Stonehenge in Wiltshire UK.

Wiltshire is a county in which a lot of UK crop circles appear, especially in the areas around ancient monuments like Stonehenge.
Every year thousands colourful pagans travel to the henge from all over the world, hence the rainbow colours.
Incidentally I’m not one of them, but I love the idea that they are so passionate that they are prepared to travel so far to see a sunrise."

Originally when I started working on the book the plan was to make 14 rainbow blankets, there were going to be 7 sections, 1 for each rainbow colour.
Each section would contain 2 blankets, 1 would be the rainbow colour and the second would be a blanket made out of all the rainbow colours.
The plan didn't last long as I realised that making 14 blankets & writing all the patterns and the rest of the book in 2 years was impossible.
Crop Circles and Solstice are the only 2 blankets that were part of the original plan.

I'll let the photo's tell the rest of the story 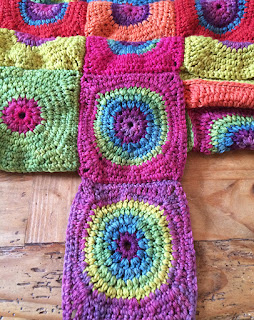 The blanket only took a month to make as its made with DK and I'm a super fast crocheter. 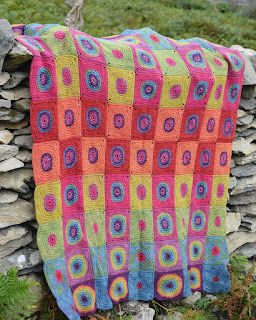 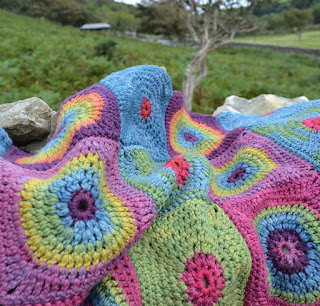 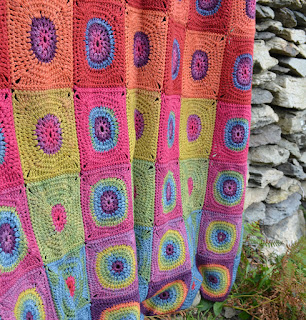 This beautiful arty photo is courtesy of Search Press and one of the photo's from the book.
(Don't forget you can find the book HERE in my Etsy shop) 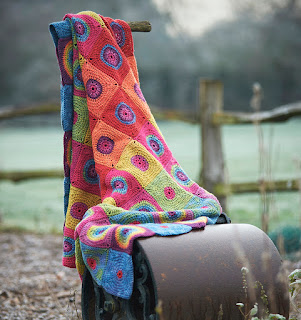