Arabian Nights is the sister blanket to Lilian and the fourth one I made for my book Rainbow Crocheted Blankets.
I'm really surprised that it is the book blanket with the most hearts on Ravelry. I love it, but its orange and orange normally doesn't get much love, I wonder if its because I added tassels?

Arabian Nights is inspired by Persian carpets, the orange yarn was dyed with madder which is the orange dye used in antique carpets, madder was also my favourite dye that we used at NDS.
Its earthy, rich and smells like the desert, our madder was grown in Iran which adds an extra something special to the blanket.
It was designed as a child's blanket and inspired by the magic carpet in the Aladdin Disney movie, the Aladdin story comes from a collection of fairy tales called "One Thousand and One Nights", also known as "Arabian Nights".
If I ever have grandchildren its on my list of books to read to them and maybe they'll use it to go on their own magic carpet rides :-) 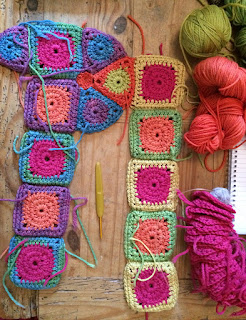 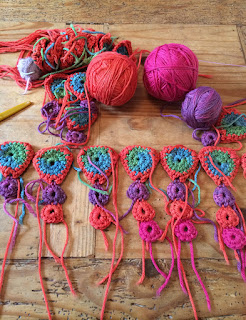 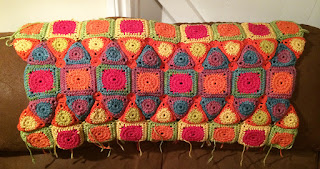 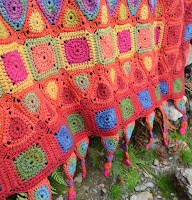 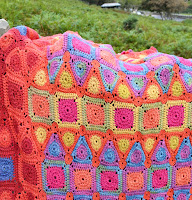 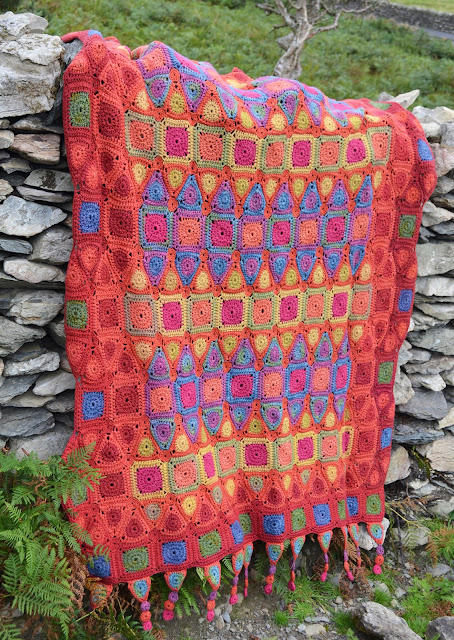 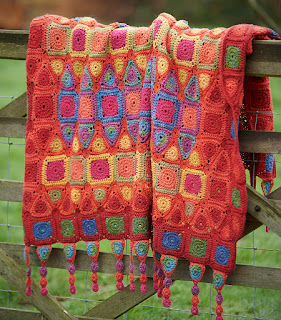