I started work on my book in January 2014 and for the past 18 months I have been crocheting secret book blankets.
Along side the book I have also run 2 secret blanket clubs, the Kaleidoscope in 2014 and the Zodiac which is still running.
I thought I'd give you a progress update of the secrets and other designs.

Its been a struggle not to show you what I'm working on as I like to share what I am doing because I need feedback and its really helpful to know if you like it and if I'm going in the right direction.
Facebook, Instagram, Twitter etc etc are incredibly important to designers like myself.
I like to constantly talk to you and show you new pictures of what I am working on and keep you interested and excited,  the problem is if I don't have anything new to show you, so you might end up bored with waiting and when the book comes out next year everyone may have forgotten all about it.
So it is essential that I design and self publish new patterns alongside working on all the secret designs.
However due to the book its not as easy as it should be, last year I only managed to self publish one new blanket pattern, Kissing Circles 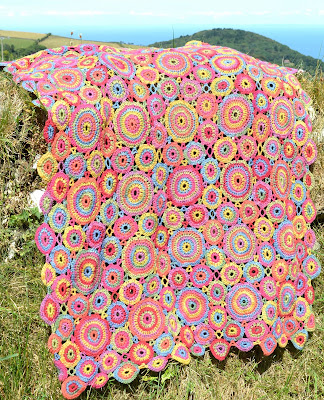 But at Christmas I published Kaleidoscope club blanket pattern, as the club had finished and all the members knew the secret. 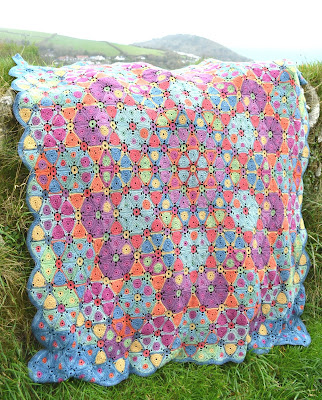 I also revealed this photo of my 2014 blankets, which gives you a very sneaky peak, but hopefully doesn't give too much away.

So far this year I have only self published one pattern, which is actually a follow up of the Kissing Circles pattern, I wanted to re-make the original blanket as it wasn't big enough and I wanted to try a different colour lay out.

Its called Kissing Kaffe and is incorporated in the Kissing Circles pattern, so to be honest isn't really that new, but I loved making it and am very happy with the result :-) 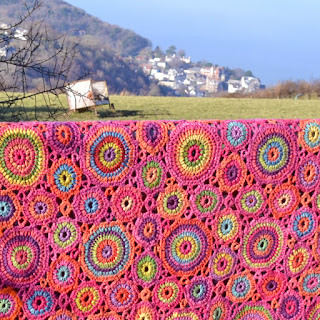 For the last couple of months I have been working on a secret project for Love Crochet which should be revealed next week, I'm afraid there aren't any sneaky peak photo's, you'll just have to wait and see :-)

I'm still making book blankets, I thought I'd put together the photo below, it shows you my book blanket progress, at the moment I'm working on number 9, so after that I only have one left and I'm hoping its going to be a grand finale with fireworks and bells and whistles and sparkles - well maybe not sparkles but you know what I mean :-) 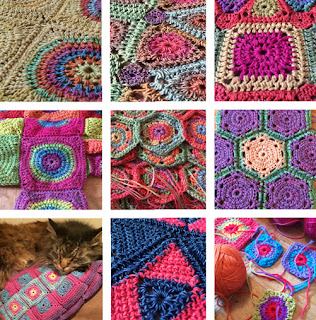 I'm also working on a new blanket to self publish which I have mentioned previously, its called Cornucopia due to the colours being very fruity, this is my progress since I started a month ago.
My cunning plan is to finish it and publish it by the end of July and then quickly make a new DK blanket which I can take to Yarndale at the end of September!
Wish me luck, I'm going to need it!! 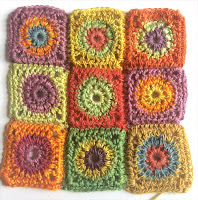 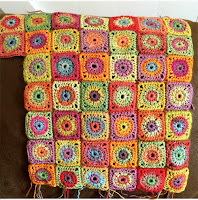 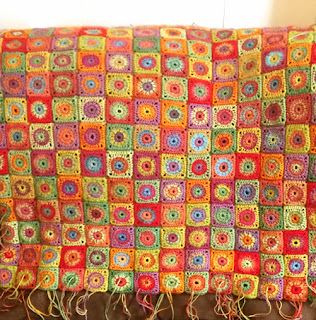