We spent last weekend at Wonderwool, its the second show of the season and we were slightly more organized than we were for Unravel.
But I blame the disorganization on moving house 2 weekends before the show, plus trying to work on the book at the same time.
My advice is NEVER EVER EVER move house just before a big wool show, its exhausting and I spent a lot of time being incoherent to my customers and seemed to be incapable of using the till.

This year we had a much bigger stand, that was really daunting when we arrived, we stood and looked at the huge expanse of white walls and it seemed impossible that we would fill half of it, let alone the whole stand. 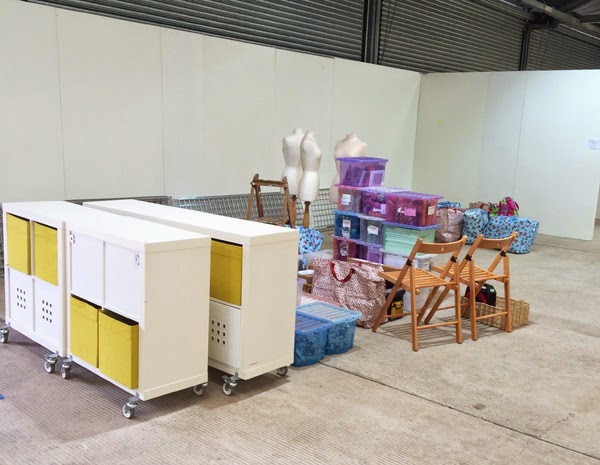 Then we unpacked and started constructing and we quickly realised that we didn't have enough space.
Plus I had stupidly planned my art gallery and hadn't allowed for tables to put the kits and books on - DOH!!
So I need to do some re-planning for Woolfest, I have a tabletop idea for the cabinets, hopefully Phil can make it work.
And we need more grids to fill the spaces, which means we can put more on the girds and give ourselves more table space.

We have been doing shows for nearly 10 year's, you would think that by now we would have the perfect stand and not have to add to it or redesign it every show.
But the space is different at every show and what works for one doesn't necessarily work for the next - sigh.....
However even with all the issues that need to be resolved I was quite happy with my art gallery.
I think the customers liked it, I know Wonderwool did as they awarded us the second place prize for best triple stand. 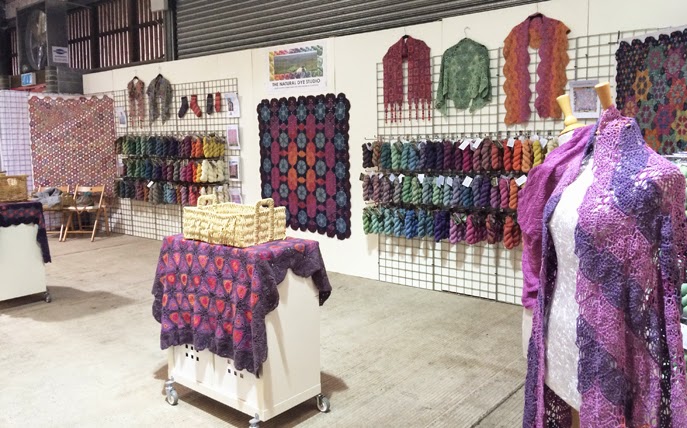 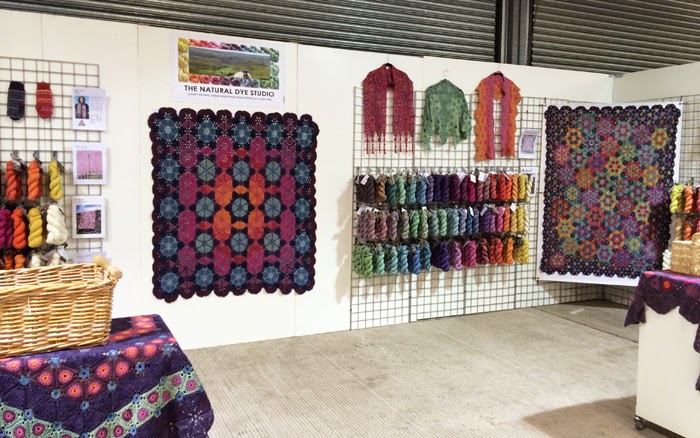 One of the highlights of my show (apart from meeting and chatting with lots of our lovely customers) was meeting some of my Kaleidoscope blanket club members who had brought their blankets to show me. 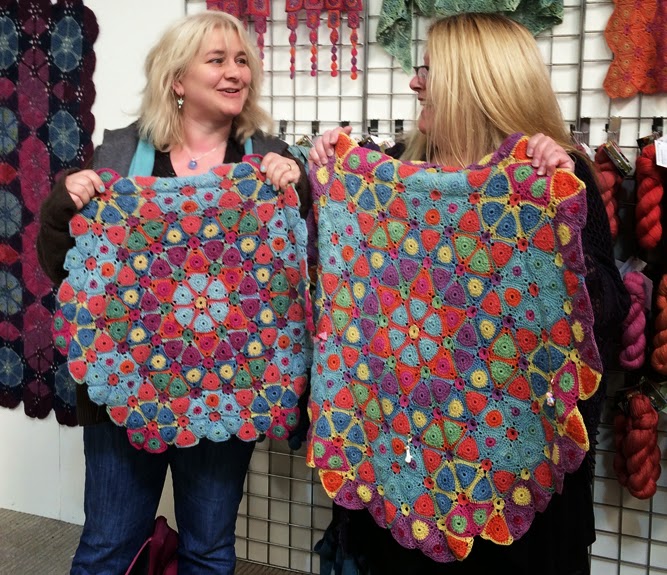 There is someone missing from this photo and that is my beloved Valerie, she brought her blanket but somehow there we were either too busy or too busy talking with her to remember to take photo's.
So her is the photo of her April that I have stolen off Ravelry 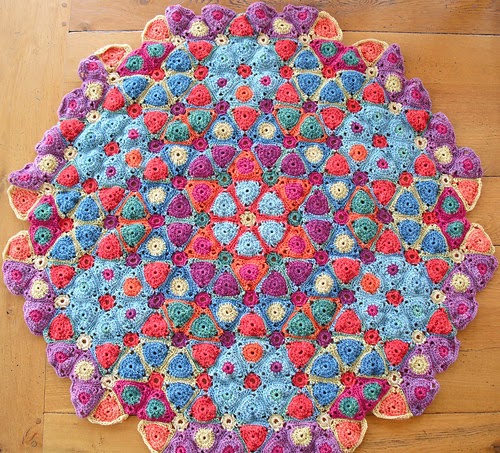 However even though we didn't photograph her she did photograph us, as it was our 28th wedding anniversary on Saturday, if you've been following this blog you'll be aware of our anniversary adventures.
Daisy had made us special anniversary crowns, luckily mine covered most of my hair and the fact that I had forgotten the hairbrush and the Coop at the garage in Builth doesn't sell hair brushes, so I was sporting a lovely rats nest hair do.
And given us wine and chocolate, and Valerie gave us more wine and a card and we had several other cards, for the first time in years it actually felt like a anniversary and I'd like to thank everyone who made us feel special :-)
Oh and I forgot to thank The Mulberry Dyer's who were our near neighbours and gave us a lovely bottle of more red wine as we were breaking down the stalls. 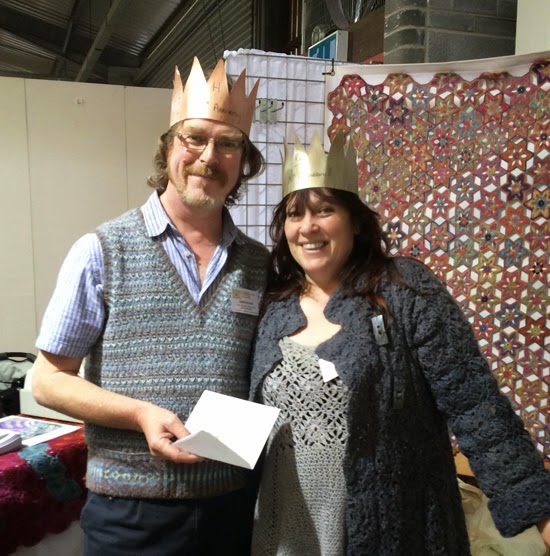 I know there's lots more to say, but my brain has just gone blank thinking about all the wine and chocolate :-), so thats it for now.