Did you know I spend at least 2 day's every week preparing for NDS's Thursday night's wool update?
After all the yarn is tied, mordanted, dyed, dried and re-wound it ends up in a box beside my desk.
The tieing, mordanting, dyeing, drying and re-winding processes take at least a week, so we are now about to start dyeing for an update in the middle of March.

Anyway back to the pile.....
Daisy labels it all and then I sort it into different yarn types.
I take 2 skeins of each colour/yarn type and photograph them.
I take the photo's just inside the dyeroom door, so they get as much natural light as possible, if its too sunny there are too many shadow's and it its too cloudy the photo's are dull.
I take at least 3 photo's of each pair of skeins.
I load them onto my computer, sort through the photo's and delete the ones that aren't perfect until I end up with 1 photo of each pair.
Then I spend hours and hours on Photoshop trying to make sure the photo colours are as close to the real life skein.
I have a daylight bulb in the light above my desk, I'm not sure if it makes much difference, but its there anyway.
Some of the photo's need a massive amount of editing, it was too dull this week and I ended up spending  a whole day on the photo's alone.
The photo below is the before and after shots of Lynbridge 38 Angelus 4 ply. 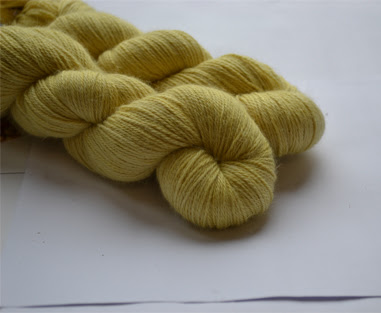 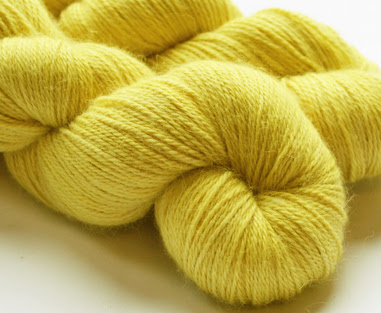 After a bit of social networking (chat) I make new listings on the site and add all the yarn, depending on the update it takes inbetween 2 to 3 hours. They all go in the NEW THIS WEEK section, as well as their individual catergories.

Then I do some more social networking (chatting), sometimes posting a photo here and there.

On the day of the update I send out the mailing list mail - HERE is this week's and tweet it, which in turn facebook's it.
I remove last week's yarn from its extra sections and delete anything that's sold out, sometimes I forget to do this, so end up doing it while I'm doing the update, which causes huge confusion.
And then I do some more chatting about yarn.
Stupidly I always forget to blog about it and never remember to post it on Ravelry.
I think Ravelry is covered as most of our Ravelry girls are mailing list member's.
There is a sign up link to the mailing list at the top on the left hand side of this blog, so I'm sure some of my blog reader's are member's, so I think most people get to see my pretty yarn at some time during the week.

Then I forget about the update for a few hours and do some design work or dyeing.
I have my alarm set for 6.30 pm so I don't forget to do the update, at 6.59 pm my finger is hovering over the reveal button. Several clicks later and the yarn is revealed.
Sometimes I sit and watch the orders roll in and sometimes I turn off my laptop and eat my dinner - I forgot to tell you Homer normally manages to coincide dinner being ready at 7 pm on a Thursday night?
I don't know if he forgets or just thinks it funny to see me trying to click buttons while trying to avoid spilling food on my laptop keyboard.

My update job is done for another week and I have a few day's off until Monday morning when I start preparing for the next update. 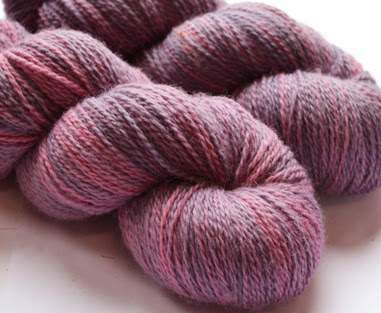 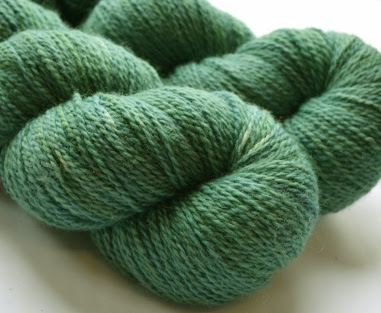 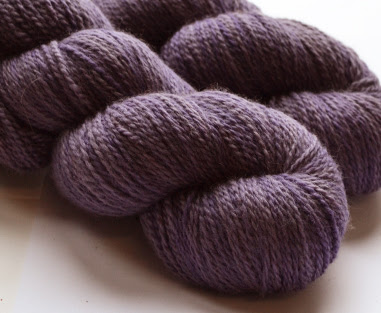