Flying Geese is the 9th blanket in my book Rainbow Crocheted Blankets, which you can find in my Etsy shop - HERE


Flying Geese was inspired by the traditional American quilt block of the same name.
I love the colours and shapes used in traditional quilts, they share a common purpose to crochet blankets and so there is a crossover between the 2 crafts.
It is claimed Flying Geese quilts were hung on washing lines as part of the Underground Railroad Quilt Code; the Underground Railroad was a network of secret routes used by American slaves to escape the southern states where slavery was legal to the free northern states and Canada in the north.


The points of the triangles (Geese) pointed in the direction that the slaves should travel on their secret journey north.
Even if this is just a myth, it’s nice to imagine that a quilt could not only be comfort against the cold but also helpful as tool against slavery.
I love the idea that a quilt's could point the slaves to their freedom and wonder who my blanket is trying to aid and what/where its pointing to.

I used about 18 different colours, the blanket design is consists of stripes, the stripes slowly change colour from top to bottom, giving the blanket a very subtle sense of movement. 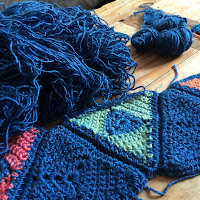 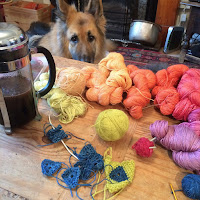 I really struggled to get the colours right, so there was an awful lot of frogging involved :-) 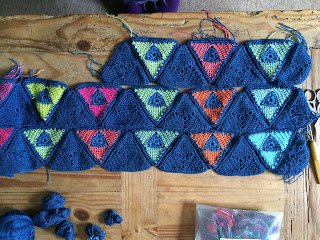 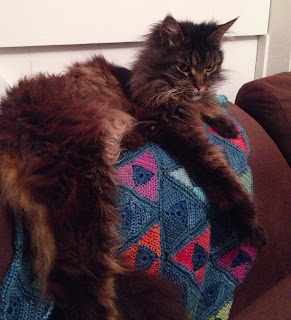 As per usual Billy performed his comfort control tests. 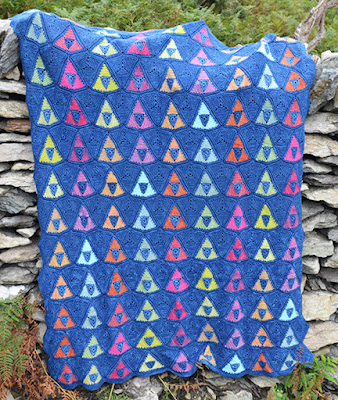 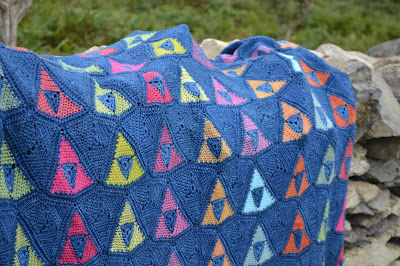