The club has been a massive learning curve for me, I've run crochet clubs before and only ever had about 20 members, so I wasn't expecting the response we got to Kaleidoscope, the club has just under 90 members and we are still getting new members joining up!

I started designing the blanket back in October last year, I had the bare bones of the design when I started crocheting, I didn't really plan the colours so used what ever I had to hand at the time.
We decided to send out the yarn each quarter rather than send it all at once, my main concern was the membership costs a lot of money and so I wanted members to be able to spread the cost over the course of 2014 - BIG MISTAKE!!
I hadn't even thought about how and when we were going to dye the yarn or the fact that most of the colours would need re-winding into smaller skeins.
So we were dyeing and re-winding yarn for Kaleidoscope during the whole of December, and then again in March and now we are working on the third quarter, plus preparing for Woolfest, plus we have a couple of massive wholesale orders in!

BUT its all been worth it, the club members have been amazing and crocheted like busy little bunnies.
I am adding each month's pattern to my designer page in the Ravelry database just after the members get it, which you can find HERE
And members have been posting their blanket photo's in the KALEIDOSCOPE GROUP
So there are plenty of photo's to look at.

The photo's below show how the blanket has grown over the last 6 months, they are a bit rubbish as they are my wip photo's and were all taken with my iPhone, but you'll get the idea :-)
I will be making a Kaleidoscope Gallery page for member's photo's, maybe today, maybe tomorrow....... 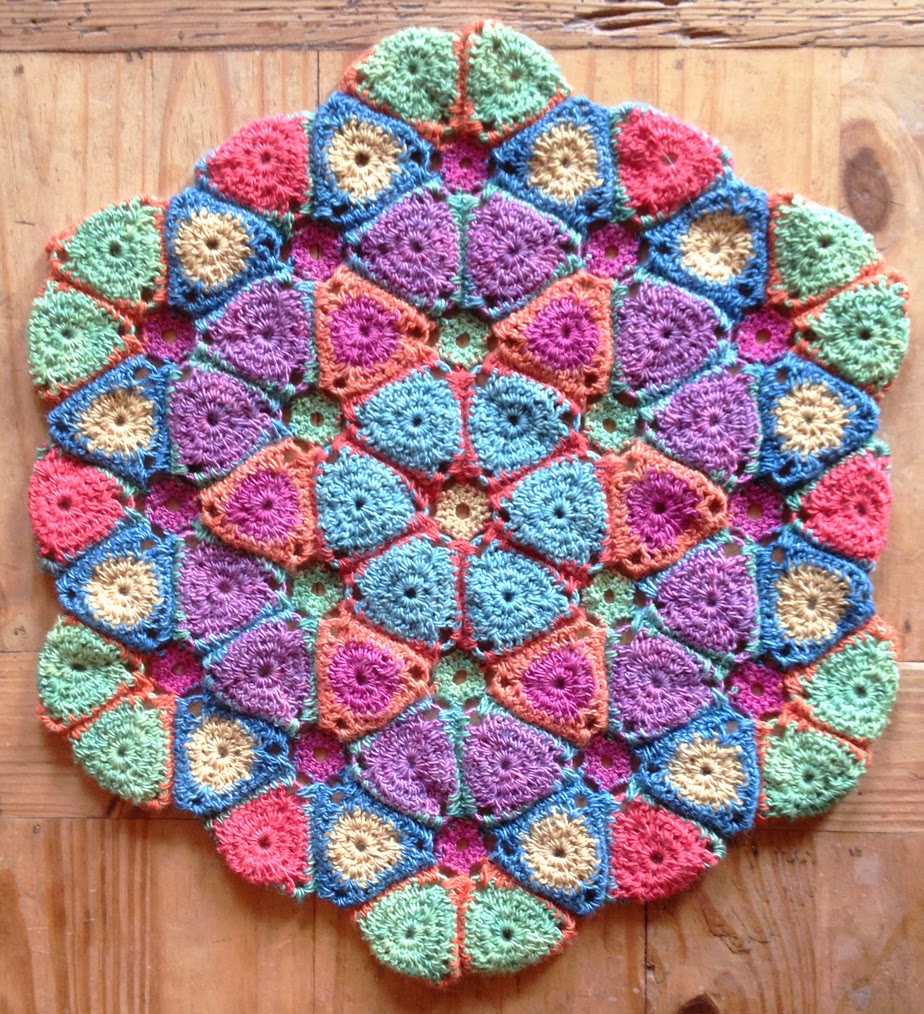 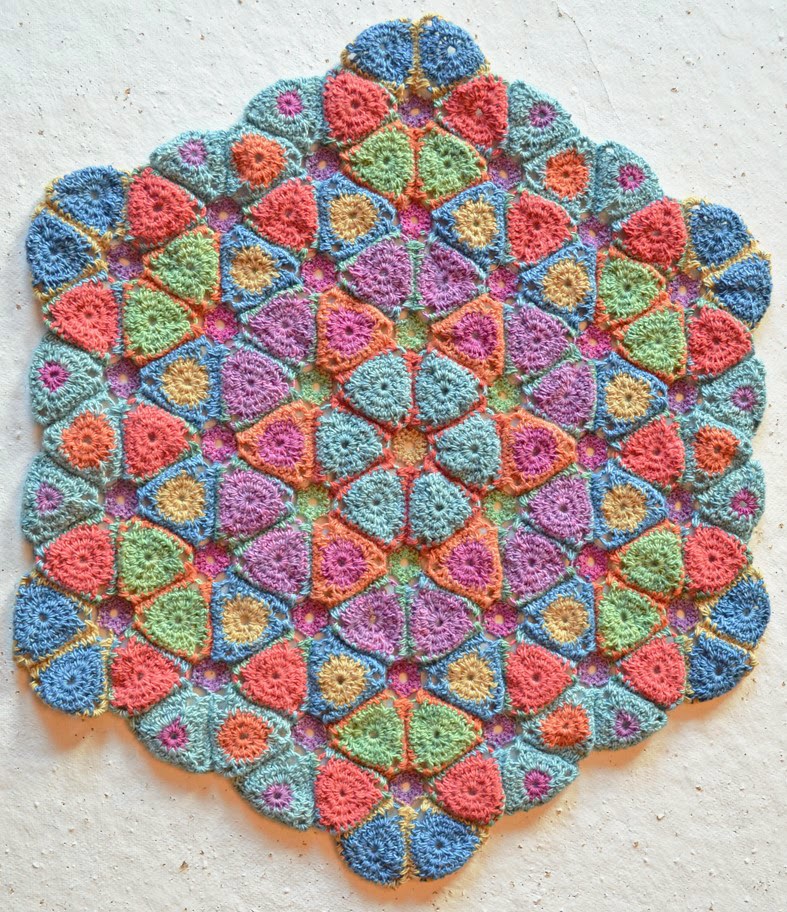 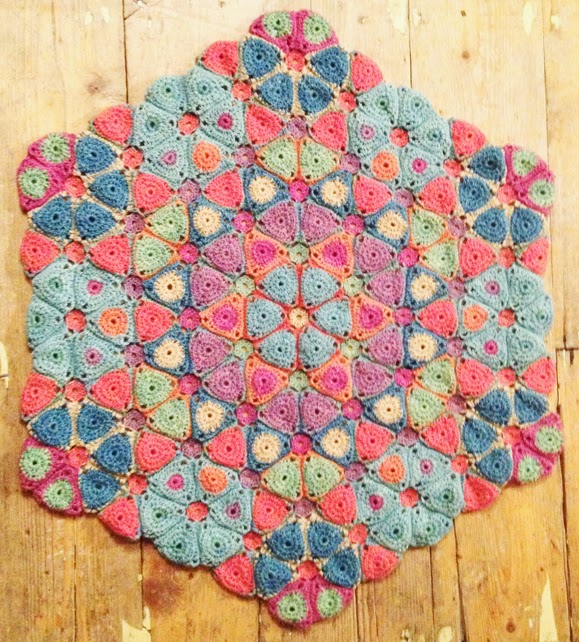 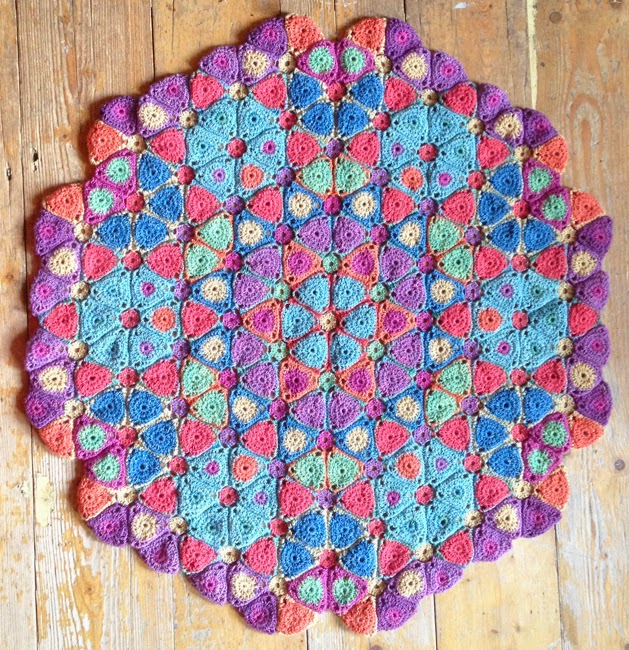 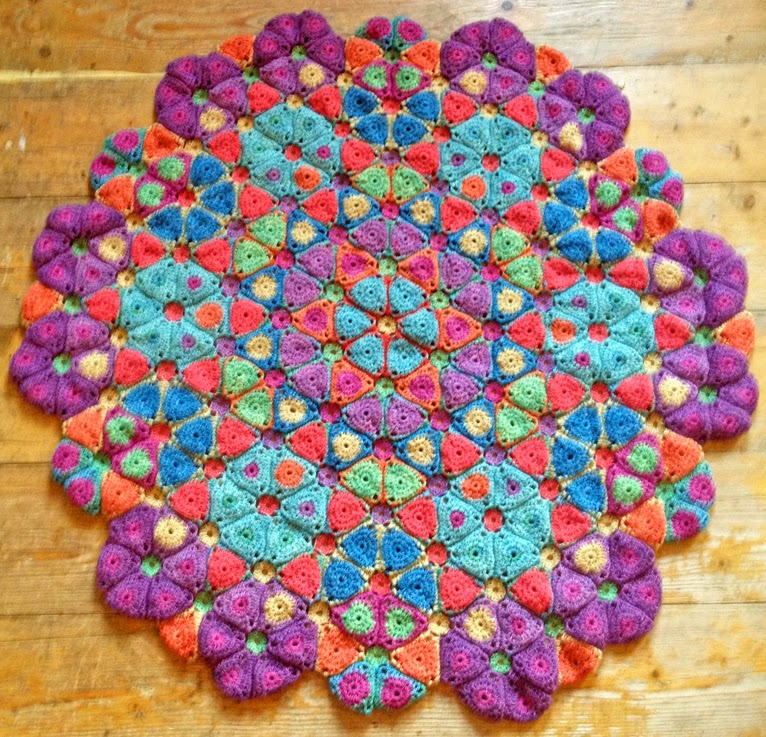 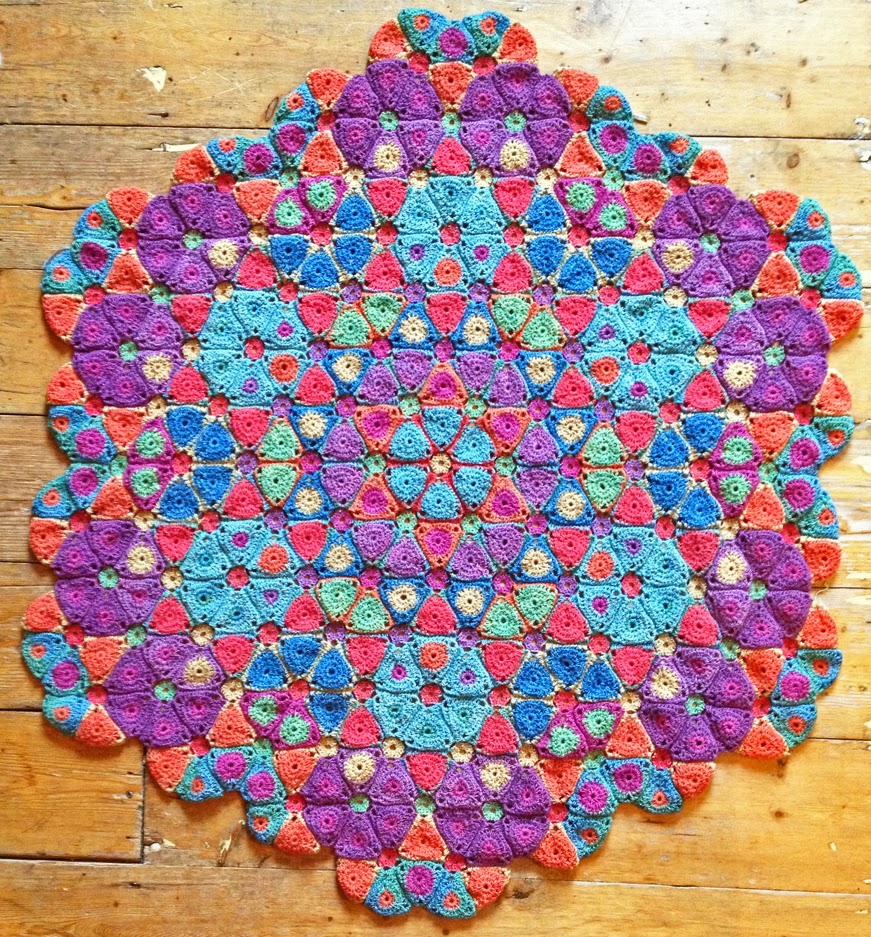