Daisy and I have turned into mega dyeing machines.
We are doing the UNRAVEL yarn show in Farnham, Surrey next weekend and like a lot of our friends and competitors are still dyeing yarn for the show.
We are so busy I haven't had much time to Tweet, Facebook or chat on Ravelry, so I thought I would share a few photo's with you.

This is what NDS at Alta Lyn looked like 20 mins ago, its all yarn for the show. 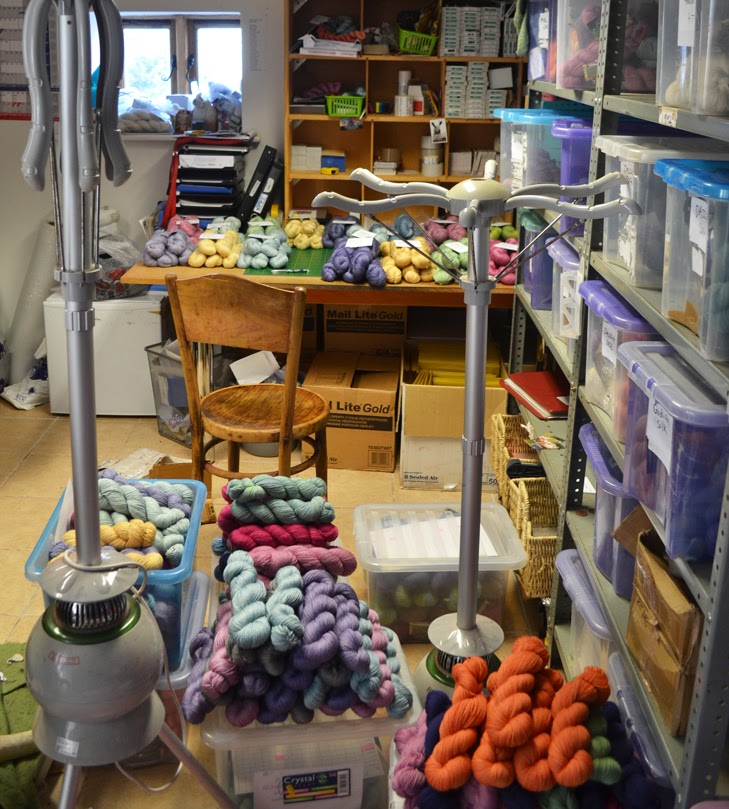 And this is what I dyed on Tuesday, Daisy is still dyeing her batch, she would of done it yesterday, but a tree was blown over on our power line in the storm, so we lost electricity.
Once its dry and has lost the worst of its indigo smell it goes home to be wound by Phil, Poor Phil has been sitting in our flat winding solidly for the past few weeks and he doesn't realise how much more there is to come home to be wound for the show. 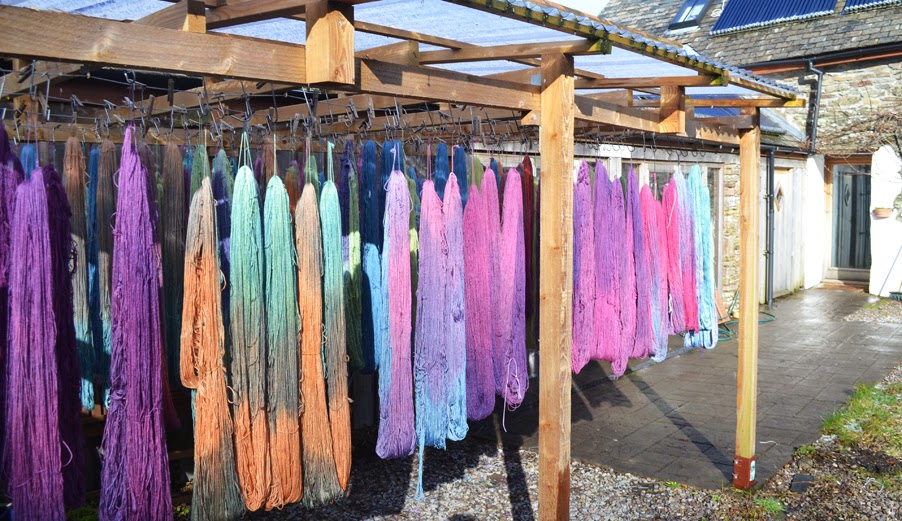 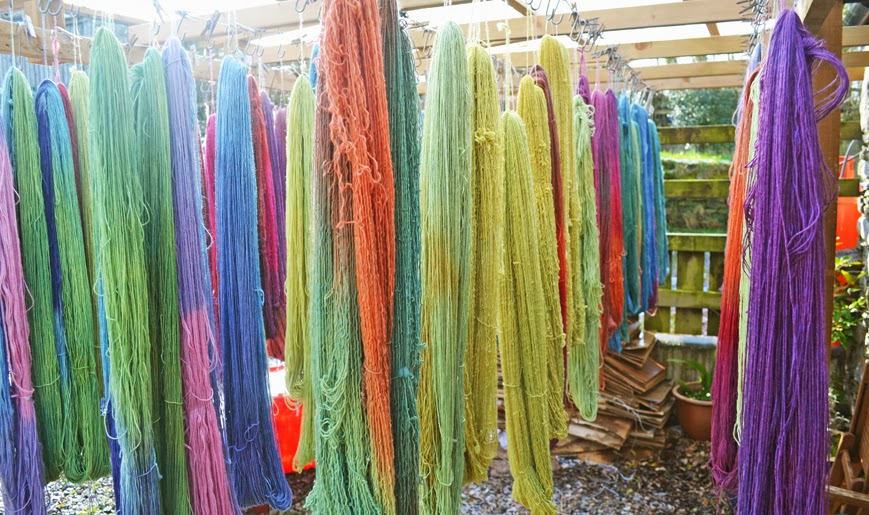 After taking these photo's I thought I'd take a longer shot of the dye room. 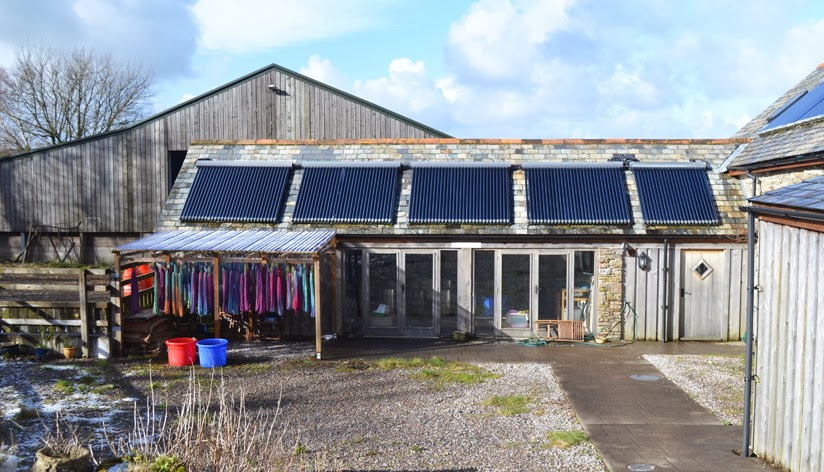 And then I walked around the corner of the building....
We have had quite a few messages from people asking if we are ok because of the storms and floods, so I thought I'd show you that we are.
The below photo is of Hollerday Hill and the whole of Lynton in front of it, our flat is in the bit of town in the middle of the photo, its 500 feet above sea level, so we are safe from the sea surges, although Lynmouth is at the bottom of the hill hasn't been so lucky.

And another photo of Lynton and the Bristol channel on a very clear day you can see the Welsh mountains across the channel and on a clear night you can see lights sparkling on the Welsh coast.

This is our little bit of Exmoor, which cleverly leads me on to our Exmoor White yarn, (50% Exmoor Horn wool/30% Exmoor white Alpaca/20% Silk) some of which is in tonights update, we only have it in small quantities as its an exclusive yarn spun especially for NDS in small batches.
Its spun by John Arbon (our friend and neighbour) at his mill in South Molton, its spun from the sheep and Alpaca's that live in the fields around us, which makes it extra extra special. 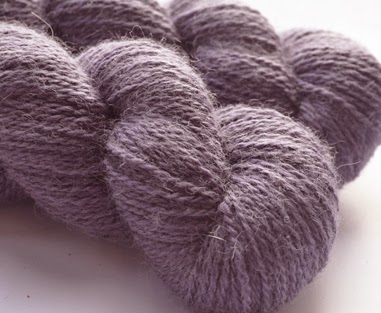 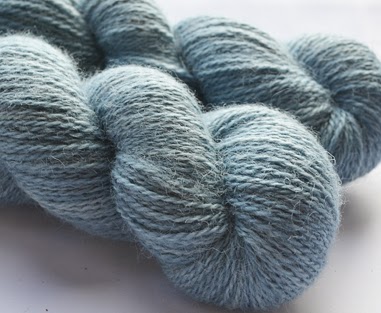 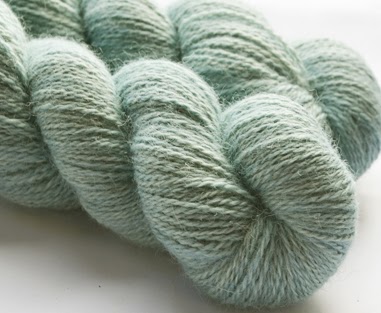 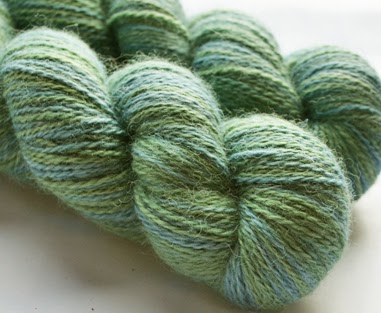