I've updated this post to add the links to the pattern, which you can find in my new book MADDER TRIANGLES - HERE

and as a single pattern PLANKTON CROCHET SCARF - HERE

There are also some new photo's :-)

I'm going to say this will be a tiny blog post, but you know how I ramble on about nothing so it may be longer than I intended.

I have just finished and blocked Plankton, which is a crochet scarf and design number 7 for Madder Triangles.
The following is its introduction in the book

Plankton was subconsciously designed, I tend to watch mindless tv when I am crocheting, I had a pile of scraps I didn’t want to throw away so I made little lace triangles and crocheted them together in a semi  random pattern.

Later when I looked at the blocked sample I realised the triangles looked like Plankton’s eye,
Plankton is a evil genius plankton from SpongeBob SquarePants which I had been watching all day and it obviously affected me subconsciously

Plankton is also inspired by the work of Sophie Digard who designs scarves made with hundreds of tiny motifs made with a multitude of colours.

And here are a couple of photos.
The first one had a phenomenal feedback in the NDS Facebook group, it had over 80 likes, plus lots of comments.
I was very happily shocked as I hadn't expected such a reaction :-) 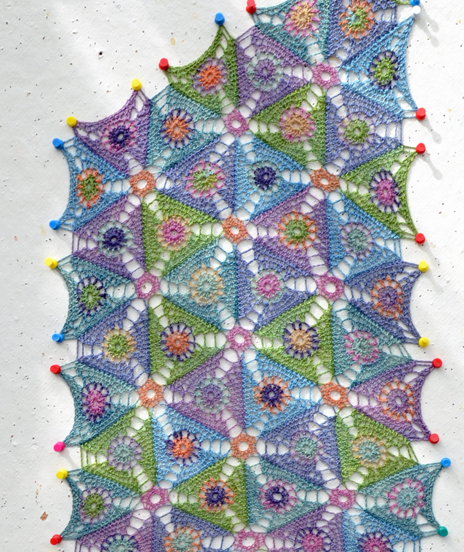 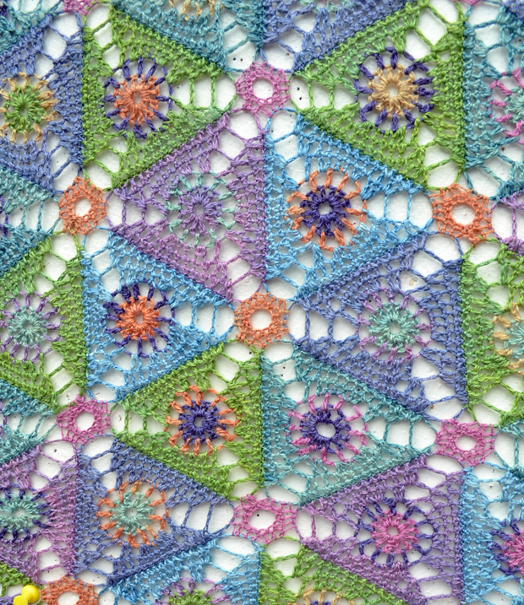 This post has being getting a lot of comments asking for Plankton's pattern, so I thought I'd better update the post rather than answer everyone 1 at a time - hope you don't mind :-)

Plankton was published a couple of weeks ago, both in my new book MADDER TRIANGLES - HERE
and as a single pattern PLANKTON CROCHET SCARF - HERE

And here are some of the new pattern photo's 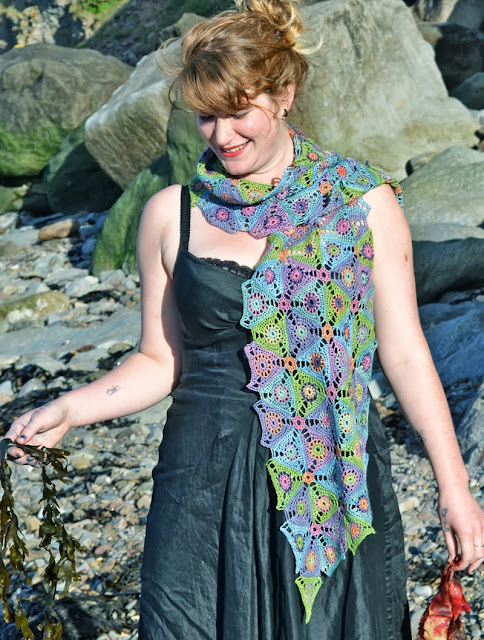 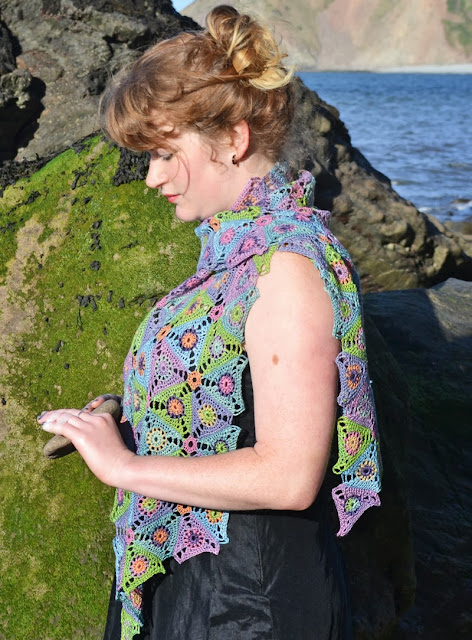 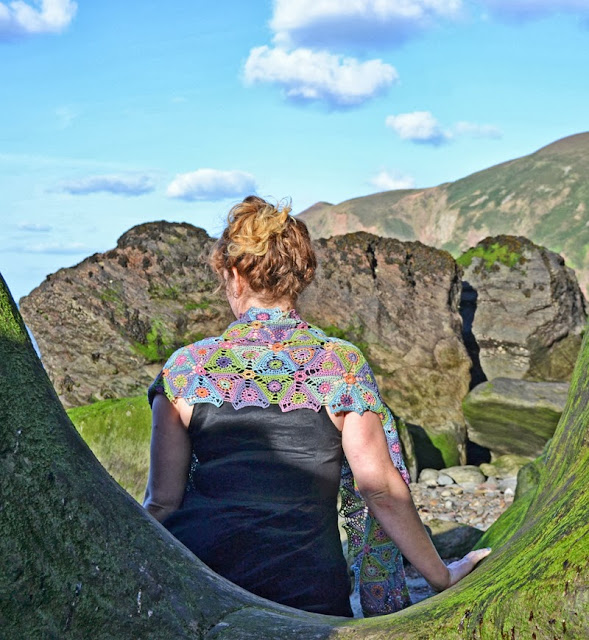