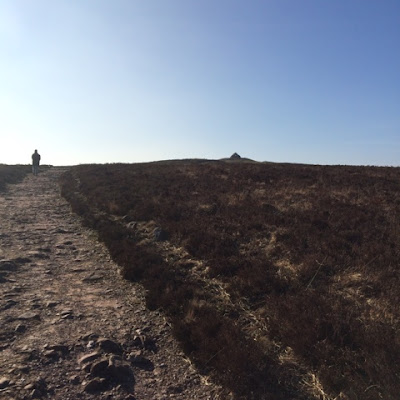 Since I stopped dyeing yarn last April my dyers muscles have been fading away.

I don't eat a huge amount and most of the time I eat reasonably healthily, but I was beginning to feel like a giant sea slug, I think mainly due to the fact that 50% of my life is spent sitting on a computer chair and the other 50% is spent crocheting on the sofa
I don't think I've put on weight and normally do a small amount of walking, but no where near enough, so I've decided that I need to do more exercise before it's too late.

My cunning plan is to walk the dogs with Phil every night rather than occasionally.
Phil has very long legs and I have very short ones, so for every stride he takes I take 2. I end up staggering along behind him doing a fast walk/slow jog, and I hate it.
But if I force myself to try and keep up with him, eventually in theory I'll get fitter and find it easier.
As yesterday was Sunday we went for a proper walk, instead of a local walk.

We went to Dunkery Beacon which is the highest point on the moor, from where we parked the car it was 3/4's of a mile to the beacon and 3/4's mile back.
It was a glorious sunny day, but very hazy so the views look watery, on a clear day you should be able to see forever. 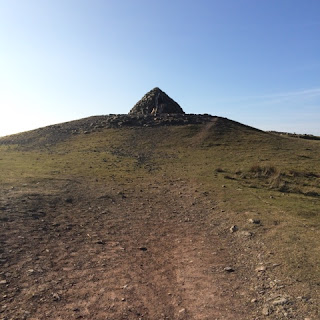 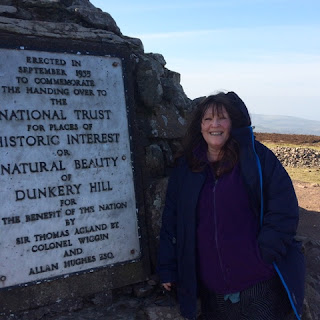 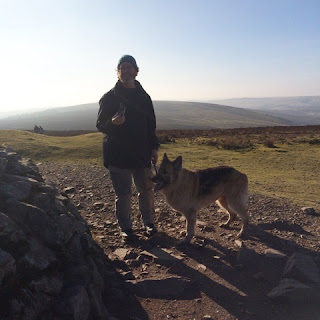 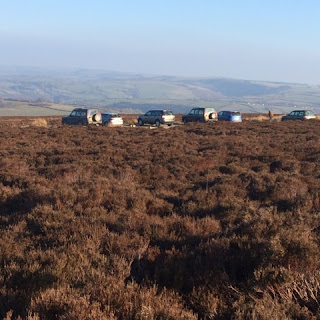