We went to Germany

Last week we went to Germany for the H & H trade show in Cologne.
Its a massive show, Europe's version of TNNA.
This blog post is the photographic story of our trip.

We left on Wednesday morning for a 13 hour drive from Exmoor to Cologne.
We crossed the Channel via the Channel Tunnel, we've used the tunnel before but never as freight.
It was a bit of an education because we were in with all the big container lorries.
This is us in the queue waiting to board. 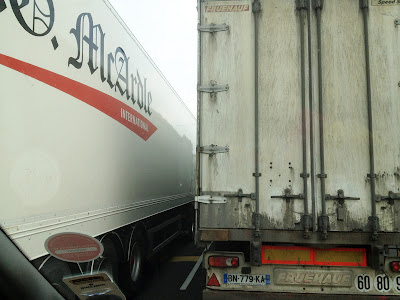 The check-in was all automatic and done by touch screen, the trouble was the screens were lorry height, Phil had to stand on the seat in the van to reach the English button, the lorry driver's behind us weren't impressed with how slow we were.
This is the train, we expected side's, but there weren't any. Once we'd parked we were told to get out of the van, board a mini bus that took us to the driver's carriage. We were both a bit worried that the van would fall off mid tunnel 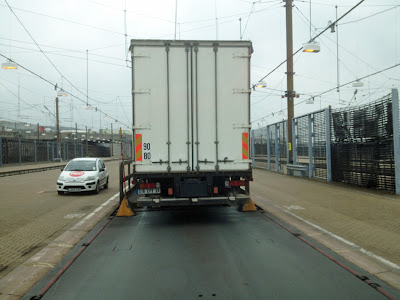 But all was fine, we got off the train drove past Brussels in evening rush hour and snow on the German border.

Thursday was set up day. 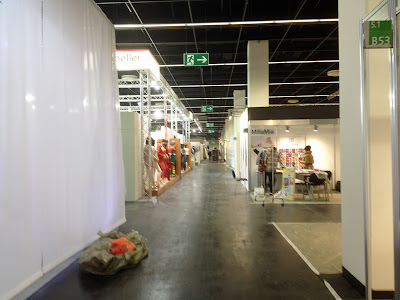 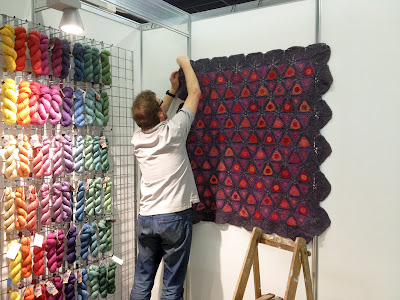 Our lovely friend's and neighbour's shared half the stand. 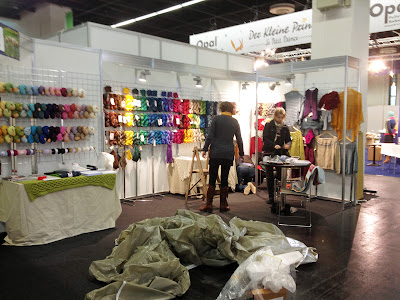 I was still sewing in ends of the spiral blanket hopeing it would look ok on the wall. 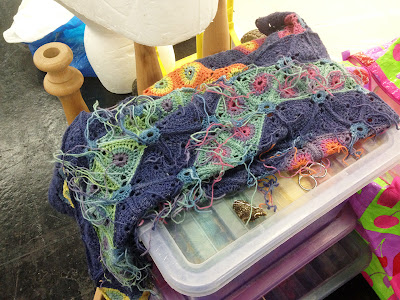 And it did. Lecchi and the nameless spiral will both be in my triangles book later in the year, so it was lovely to see them together. 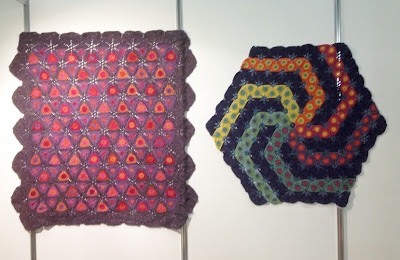 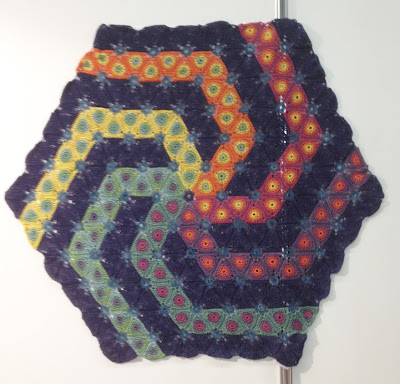 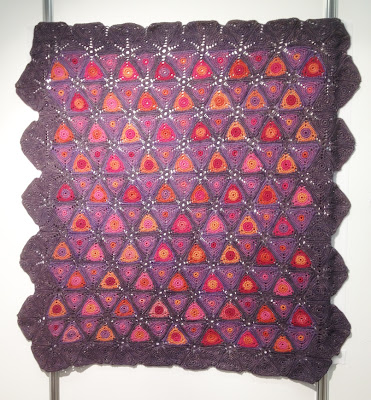 We were really pleased with the finished stand and so were our customer's. 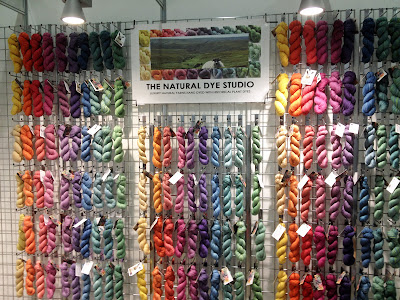 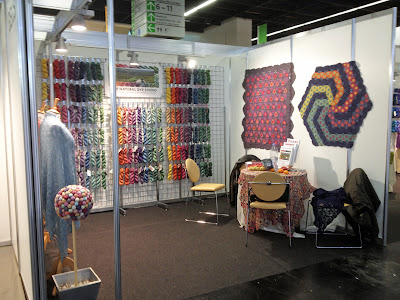 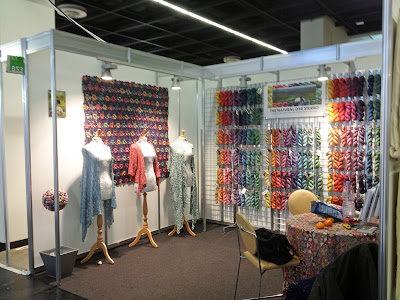 Friday, Saturday and Sunday were show day's. We were so busy we I didn't have time to take any photo's except this one. It's taken from the car park on the roof of the exhibition centre.
We met lots and lots of lovely customer's, I'm happy to say our wool will be stocked in lots more shops around the world. 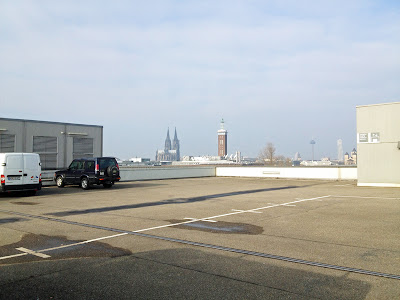 And then Monday we came home again, another 13 hour drive, we did have a brief stop in a hypermarket at Calais. I say brief, but it wasn't! We were there for at least 2 hours, I struggled to get Phil out of this aisle. 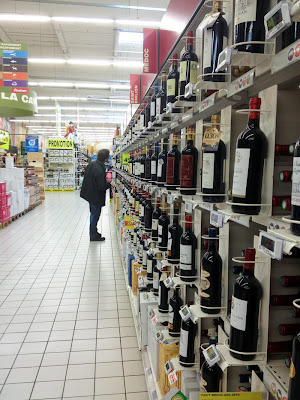 And then back to work on Tuesday, there really is no peace for the wicked.....